While grapes have been cultivated on Santorini for thousands of years, it wasn’t until relatively recently that researchers began to delve into the wonderful array of native grapes we have on the island. In his 1842 book Histoire et phenomenes du volcan et des iles volcaniques de Santorin, Abbe Pegues notes, “There are more than sixty grape varieties on Santorini, but for the production of ordinary wine and Santo wine almost only one is used, the Asýrtiko, because it is the most prolific and the best”.

As Pegues noted, we’re most famous for Assurtiko here on Santorini, but there are many other exciting native grapes found across the island, several of which we cultivate here at Vassaltis Winery. 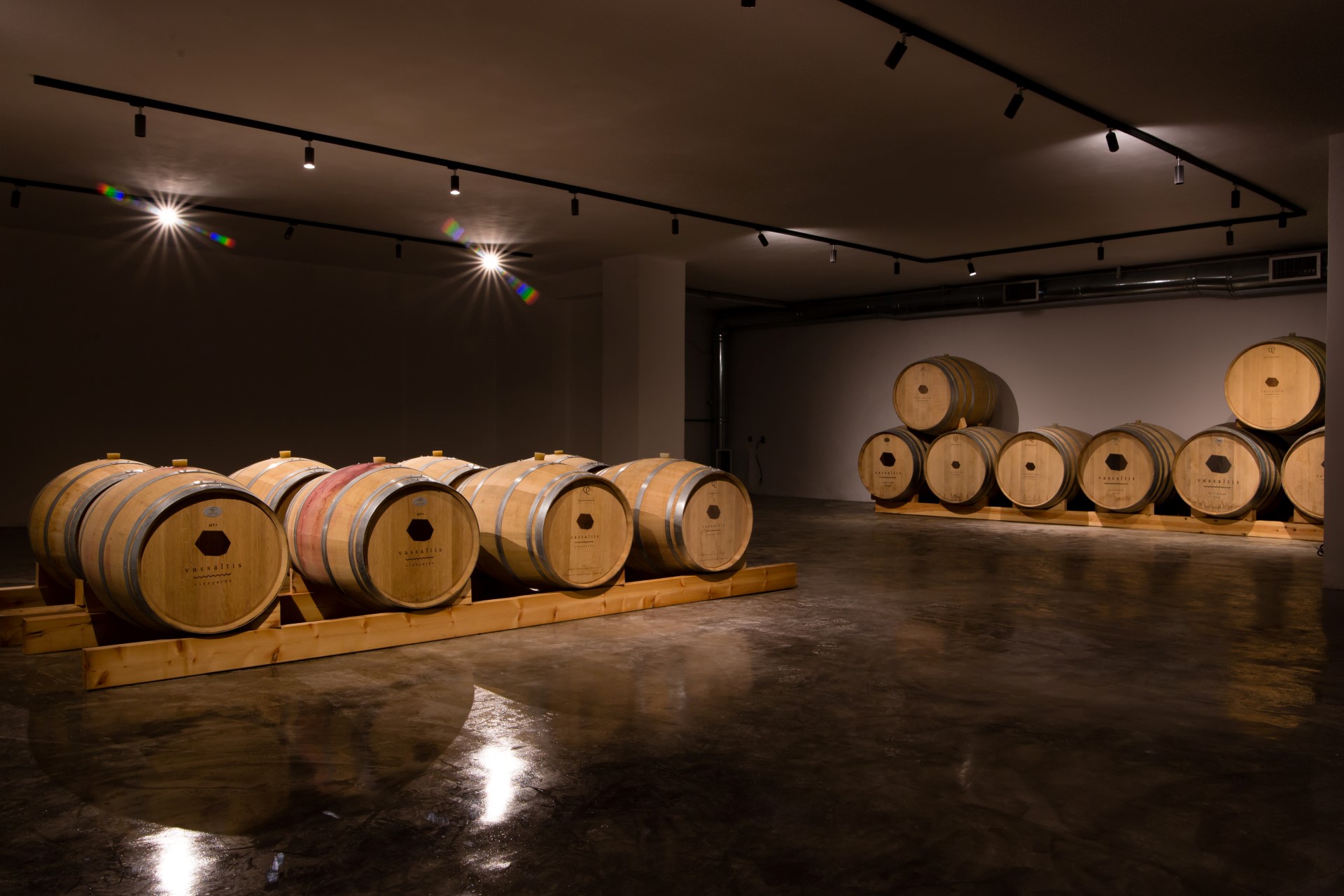 Without a doubt, Assyrtiko is the noblest of Greece’s white grape varieties and produces some of the loveliest wines found in the Mediterranean. The vines yield medium to large-sized berries with yellowish golden hue.

As it ripens, Assyrtiko develops rich, focused flavours with moderate fruit that is never overly sweet or raisinated, while its characteristic high acid lends a crisp, often lean profile to the wines.

You’ll find Assyrtiko vines growing on many Aegean islands – while it adapts beautifully to a variety of soils and climates, however, it undoubtedly shows its best in the soils of Santorini. There’s a reason why about 75 per cent of the island’s vineyards are planted to the grape.

While many wine lovers may know Assyrtiko for the vibrant, mineral-driven dry wines it is often used for, the variety also makes its way into sweeter styles such as Vinsanto, Santorini’s most iconic dessert wine. Crafted from a blend of sundried Assyrtiko, Athiri, and Aidani, Vinsanto sees extended oak ageing, lending to the wine’s wonderful complexity and unique character.

Athíri is one of Greece’s most ancient grape varieties. Although wine lovers from outside of Greece may not be familiar with it, Athíri is one of the most widely planted white grapes both across the Aegean islands and the Greek mainland.

Athíri grapes are small with a greenish-yellow hue and a soft pulp. The variety has a distinctive aromatic profile with a wonderfully vibrant lemony and yellow fruit character. Winemakers often blend a touch of Athíri with Assyrtiko to help soften the latter’s bracing acidity.

While Athíri is prone to oxidation, thrives in a wide variety of soils – hence the fact it’s so widespread in vineyards. That said, its thin skin means that Athíri is susceptible to disease. This has led to a lower number of plantings across Santorini although many winemakers in Rhodes have seen great success with Athíri. 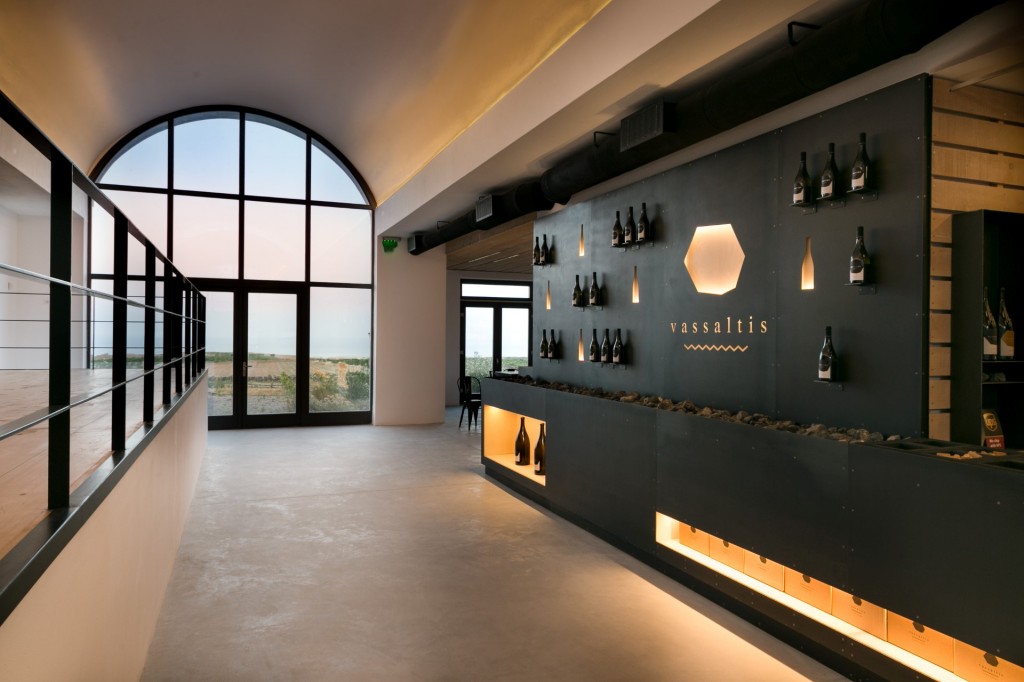 Like Athíri, Aidáni is another historic variety which has been cultivated for thousands of years, although not as extensively as Assyrtiko or Athíri. Some researchers believe the grape may have originally been brought over from the nearby island of Naxos, but the  Aidáni is at home here on Santorini.

Aidáni flourishes in hotter climates. In Santorini, vineyards closer to the sea are commonly called platies – a winemaker who hears this term will know the vineyard may have once been home to significant Aidáni plantings. The variety does well in these seaside vineyards thanks to the vines’ thicker bark.

As a wine, it’s most often blended with Assyrtiko, contributing delicate floral aromas and helping to mellow Assyrtiko’s bracing acidity.

Winemakers use it to produce both dry and semi-sweet wines, including the lush dessert wine, Vinsanto. Dry or sweet, the best examples age well for three to five years. 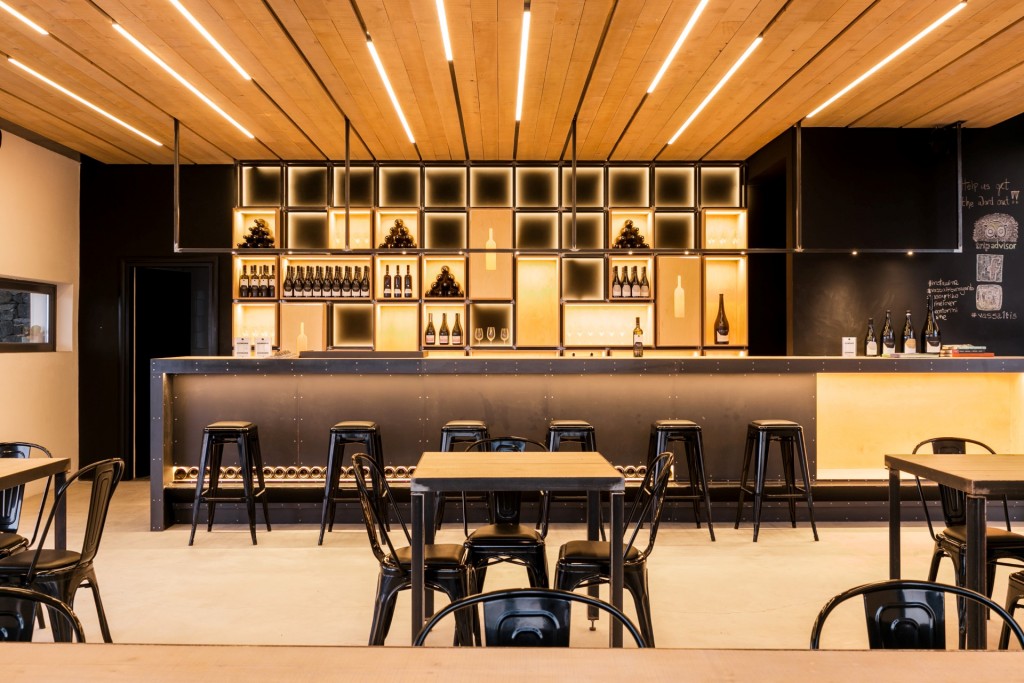 Mantilariá is cultivated in many of Greece’s wine regions under various names (Mantilariá, Kountoúra mávri, and Amorgianó, to name a few). On Santorini, it covers about 17 per cent of total vineyard area which makes it Santorini’s leading red grape variety.

Notable for its bluish-black berries, Mantilariá is one of Greece’s deepest coloured grape varieties. Due to its thin skin, it can be prone to disease, especially in Santorini. Although it yields richly-hued juice, Mantilariá yields fairly light-bodied wines.

While it covers less than 2 per cent of Santorini’s vineyards, Mavrotragano merits a special mention since it is one of the most promising red varieties on the island. Mavrotragano thick-skinned medium-sized berries yield aromatic wines with notes of ripe red fruits, spice, and minerality and bright, crisp acidity, hence its name Mávro (black) Trágano(crisp). This variety has a phenomenal capacity to age and will continue to improve in the bottle for over a decade.

You can find out more about which cookies we are using or switch them off in settings.

This website uses cookies so that we can provide you with the best user experience possible. Cookie information is stored in your browser and performs functions such as recognising you when you return to our website and helping our team to understand which sections of the website you find most interesting and useful.

Strictly Necessary Cookie should be enabled at all times so that we can save your preferences for cookie settings.

If you disable this cookie, we will not be able to save your preferences. This means that every time you visit this website you will need to enable or disable cookies again.